Did you miss me?

To be honest, I didn’t miss me; I’d nearly forgotten that I had this WordPress instance running.  It’s been kicking its heels patiently for three years.

I just reread the last post I made in 2016.  A lot has happened since then.  I’m not going to rehash the big stuff — Brexit, Trump etc — anyone who’s not been locked away in an isolation unit is aware of the shitshow playing out on both sides of the North Atlantic.

No, I’m going to focus on the personal instead.

And if you don’t like that, then what the hell are you doing browsing a website whose URL is basically just my name?  I suggest you go here instead.

If you’re still with me, thank you.  If you’re a Garfield fan who’s conflicted, stay with me for now.  God knows, I need the company more than Jon needs a punch in the face.

I’m coming up to my sixth anniversary working at Natera, and I’m still helping laboratory partners roll out our genetic-test-as-a-service concept.  I don’t think I’m allowed to tell you how many we have now, but it’s lots, with more coming.  I’m hugely happy to be working remotely on some cool biostatistics software, and I get to travel to interesting places once in a while (I’ve been to partner labs in France, Italy, Germany, Czech Republic, Romania, Spain, the UK, and South Africa since the last post in March 2016, as well as five trips back to HQ in California — and it looks like there might be a trip to Taiwan, Italy again, and Brazil this year).  It’s just enough traveling to be fun, but not too much to be a chore.

I was lucky enough to be able to sublet a friend’s room in May 2016, just for a month while he was away studying ceramics in Morocco (he’s an amazing artist, check out his IG account).  I used that month to look for a more permanent place to live.  I started off looking in Copenhagen, and found a place on Amager for about 8,000 Danish Kroner per month.  It was a two room apartment, with no garden, and a bit run down.  The landlord seemed nice enough, and I provisionally agreed to move in (I didn’t sign anything, though).  But I kept looking anyway.  My search took me further and further from Copenhagen — I looked at properties on Lolland and Falster, and towards the west coast of Sjælland, for example.  I looked at a nice property in a town called Reersø, but it was only for six months while the elderly occupants went sailing down on the south coast of France for the summer.  There was one more property lined up to see, though, about 5km from Reersø.  I nearly didn’t go — I was kind of depressed, and it had been a long day of seeing not-quite-suitable properties.  But it was basically on my way back to Copenhagen, so I went to look at it anyway.

It was a funny little place, on its own on a slight rise overlooking a lake called Tissø, with farmland and small coppices all around it.  The house was two bedrooms, one not much larger than a walk-in closet, and one fairly large living room.  It had a nice garden, a cherry orchard, and a garage/workshop where the oil-fired boiler lived.

The biggest surprise, however, was that the landlord was an old work colleague from my first job in Denmark at Leo Pharma in Ballerup.  So I figured, why not? And signed the contract.  I moved in on June 1st 2016. 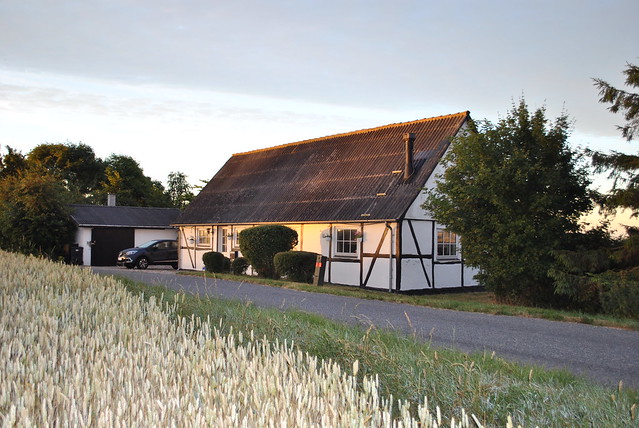 And I lived there, quite happily, for just over two years until I was burgled one evening in July 2018 while I was away in Copenhagen.  They didn’t take much — small electronic stuff and loose cash, mainly — but the sense of violation was considerable.  Stupidly, I had assumed that rural Denmark was immune from petty crime, so I hadn’t fitted any window locks or alarms (they got in by jemmying open a rear window).

Adam, the landlord, was sympathetic, and mentioned that there was an empty property right next to theirs that was basically the same price (higher rent, but heating was included), but it was almost three times the size.  He’d approached me about it the year before, when the contract was up for renewal, but I was happily ensconced in my tiny house at that time, and turned it down.

I was unhappy to lose my isolation, my view, and my cherry orchard, but the idea of being so isolated was no longer quite as appealing, and when I saw the new place, I fell in love with it.  So I moved in on August 1st, 2018. 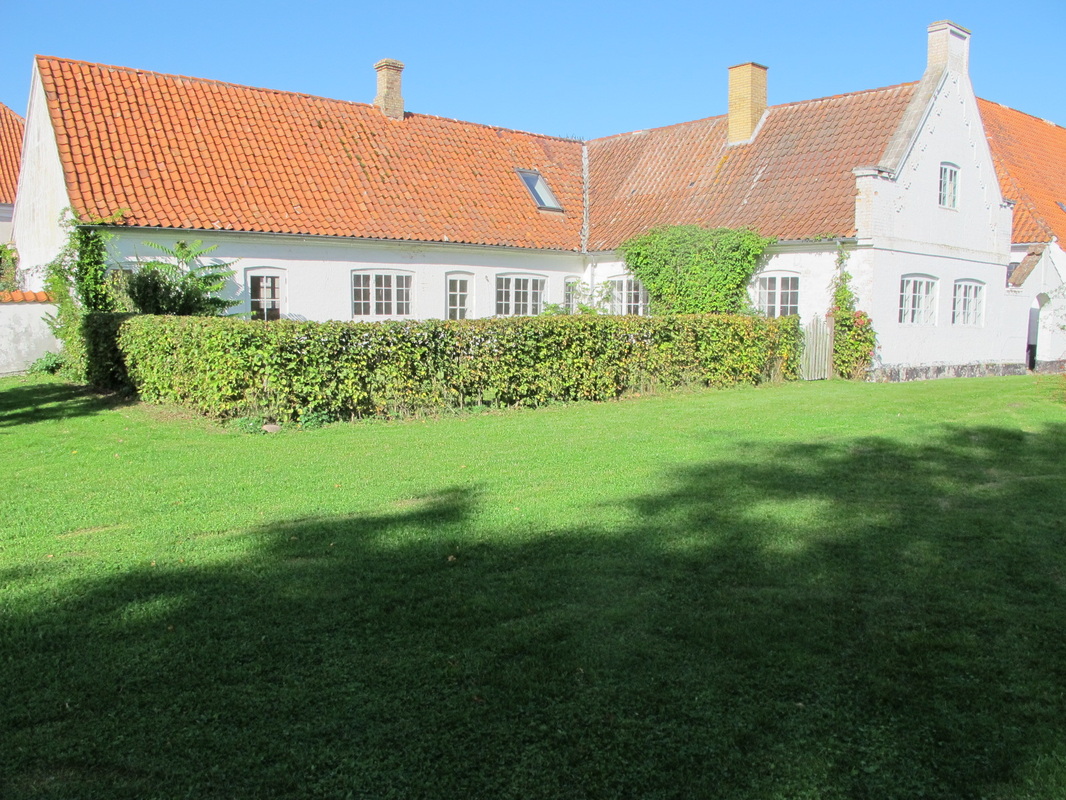 It’s part of an old farm which has its own Danish Wikipedia page.  The history of the place goes back to 1350.  It’s a remarkable experience living here.  I’m still getting used to the space, but every day, with each picture I put up on the wall, and with every potted plant I buy, it feels more and more like home.

Other things have happened.

My father died in December 2017.  I turned 50 in October 2018 (and did a crazy road trip to Morocco, Spain, Portugal and Belgium with my friend Carrie).  I’m still single-ish.  My right knee is acting up.  I stopped doing the Charlie’s Bar pub quiz just under a year ago (it was eating up more and more of my time).

I got back from Spain on Thursday night, visiting my lovely, but increasingly dotty, mum and stepdad.

They’re doing OK — sort of — but stepdad, while doing extraordinarily well for a man of 88 summers — is inevitably a little unsteady on his feet.  He falls over distressingly often.  A couple of months ago, he fell while visiting the post office, right on his face.  Fortunately, he didn’t break anything, but did give himself two black eyes and busted his nose open.  I can’t look at the photos my mum took, they distress me too much.  He fell again while we were in town, this time without hurting himself (other than banging his knee a bit).  On the plus side, he has virtually all of his mental faculties, and his eyesight & hearing are excellent, and he still eats like a horse, even though he’s tiny.

Mum is well, although she’s aware that she’s not as mentally acute as she once was (and she once had a mind like a scalpel, so she’s still sharp).  She gets frustrated with stepdad’s inevitable mental lapses (reminder: he’s 88), and she is a woman of basically zero patience.  During my latest visit, she was considerably more stressed than I have seen her before.  I feel that her constant worrying about stepdad, plus her insistence on being in charge of every aspect of their existence, is becoming too much for her.  Getting her to do something about it, however, is another story. After a few gin & tonics, rational discussion becomes impossible, and she really just wants to vent.  So you have to let the storm blow over, which is difficult for me, having inherited her zero patience and considerable aptitude for temper tantrums.

I’m planning on going back there, post-Brexit (whatever that may be), and I think we need to talk seriously about making changes.  They have paid help once per week, and the Spanish neighbour has basically adopted them, but I think I might end up having to move to Spain (at least part of the year) to help them out.  Alternatively, they’d be welcome to move in with me.

Brexit, of course, could end up fucking that up completely, and we’ll all have to move back to the UK.  Let’s see what flavour of shite comes spewing out of the Parliamentary sewage system on Monday, straight from the Prime Minister’s bumhole, anyway.

And on that fragrant note, I think I’ll draw this missive to an end.

It you made it this far, pat yourself on the back.  Your capacity for boredom is considerable.

Why not reward yourself with some excitement by checking out the latest Garfield cartoon?